@theduran |
Member since May 28, 2020
Please keep this window open while your file is uploading...
Loading...

I had the privilege of having Tom Luongo (tomluongo.me) and Alexander Mercouris (theduran.com) on my channel to discuss macro politics and macro economics. We discuss the Russia Ukraine conflict, Elon Musk and Twitter, Saudi Arabia, Pakistan, the French elections, the role of the British, the impact on Europe, the Russian economy and much more.
This is Part 2.

I had the privilege of having Tom Luongo (tomluongo.me) and Alexander Mercouris (theduran.com) on my channel to discuss macro politics and macro economics. We discuss the Russia Ukraine conflict, Elon Musk and Twitter, Saudi Arabia, Pakistan, the French elections, the role of the British, the impact on Europe, the Russian economy and much more.

The Duran@theduran
April 17, 2022
NATO ready to welcome Finland and Sweden into alliance

NATO ready to welcome Finland and Sweden into alliance
The Duran: Episode 1262

Do you think Russia is already at war with NATO, or is this still a Russia v Ukraine conflict, or perhaps somewhere in the middle?

No way Yellen can scare China into changing stance on Ukraine issue
https://www.globaltimes.cn/page/202204/1259358.shtml

Americans Are “In Charge” of the War Says French Journalist Who Returned From Ukraine
https://summit.news/2022/04/12/french-journalist-returns-from-ukraine-says-americans-are-in-charge-of-the-war/

The Duran@theduran
April 11, 2022
Le Pen and Macron to face off in second round of French elections

Le Pen and Macron to face off in second round of French elections
The Duran: Episode 1257

The Duran@theduran
April 11, 2022
Brittle Win for Macron in French Election 1st Round Points to Tough Race for 2nd Round

Crowd chants Draghi, Draghi, Vaffancullo. They want Draghi out. Inflation is hurting Italian citizens. This is just the beginning.

The Duran@theduran
April 10, 2022
Duran Poll: Who will be the next leader to visit Elensky in "Kiev"?

Boris was in Kiev. Ursula and Borell were in Kiev. Poland, Slovakia, Czech leaders all in Kiev. Who is next?

Rule of law: What happens after Brussels triggers the conditionality mechanism against Hungary?
https://www.euronews.com/my-europe/2022/04/06/rule-of-law-what-happens-after-brussels-triggers-the-conditionality-mechanism-against-hung

The Duran@theduran
April 06, 2022
Scott Ritter is now active on Telegram

He is now posting on Telegram. I messaged him to welcome him to Telegram. He does not need Twitter and we look forward to hearing his analysis free from Big Tech censorship.

The first casualty of War is Truth, Q & A 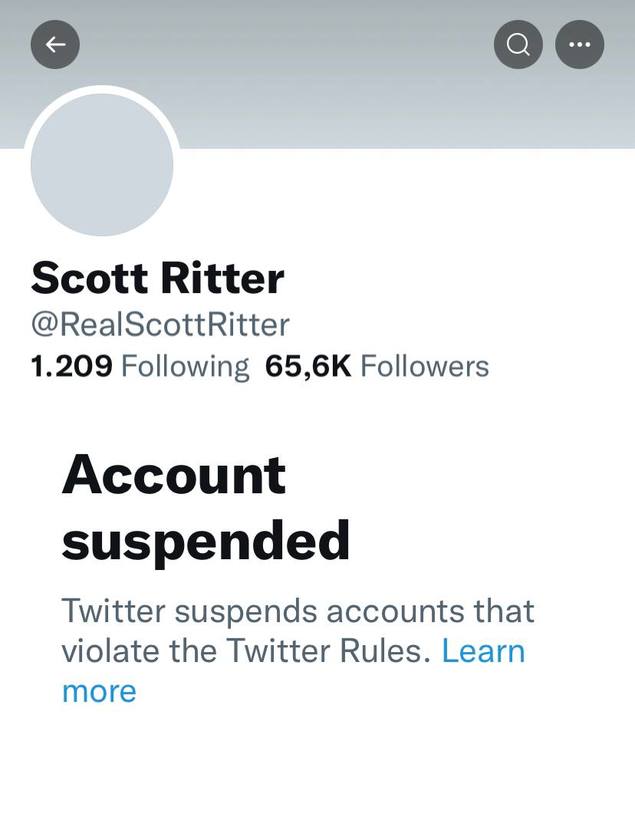 The fact that YT and Big Tech are censoring videos mentioning Bucha that go against "the official narrative" makes it clear, in my opinion, that this was an FF.

Serbian President Aleksandar Vucic won another five-year term in the first round, and his Serbian Progressive Party, SNS, had won the most votes at the parliamentary elections and will again dominate the 250-seat parliament.

Hungary’s Prime Minister Viktor Orban has declared himself the winner of Sunday’s elections in Hungary as his conservative Fidesz-KDNP party holds on to a comfortable lead amid the vote-counting. As of 9pm local time, the party is ahead with 59.99% of the votes, with 23.03% of party-list ballots counted

Many analysts are now openly calling this a fabrication and lie.

Moon of Alabama has a timeline on this, and Moscow has said this is a fiction citing,

“All photographs and video materials published by the Kiev regime, allegedly showing some kind of "crimes" by Russian military personnel in the town of Bucha, Kiev region, are yet another provocation,” the Russian Ministry of Defense said Sunday.

Russian troops had been pulled out from the area on March 30, the military said, pointing out that “the so-called ‘evidence of crimes’ in Bucha appeared only on the fourth day” after the withdrawal, when Ukrainian intelligence and “representatives of Ukrainian television arrived in the town.”

“Moreover, on March 31 the mayor of Bucha, Anatoly Fedoruk, confirmed in his video address that there was no Russian military in the town, but did not even mention any local residents laying shot in the streets with their hands tied,” the Russian military also pointed out.

“It’s particularity concerning that all the bodies of people whose images were published by the Kiev regime, after at least four days, have not stiffened, do not have characteristic cadaveric spots, and have fresh blood in their wounds,” the military noted, adding that all these inconsistencies show that the whole Bucha affair “has been staged by the Kiev regime for Western media, as was the case with the [fake news from the] Mariupol maternity clinic.”

Russia to provide assistance in evacuation of foreigners from Mariupol - Defense Ministry
https://tass.com/defense/1431619

Treaty with Ukraine not ready to be discussed at highest level - Russia’s chief negotiator
https://tass.com/world/1431661

Vladimir Putin’s 20-Year March to War in Ukraine—and How the West Mishandled It
https://www.wsj.com/articles/vladimir-putins-20-year-march-to-war-in-ukraineand-how-the-west-mishandled-it-11648826461

The Duran@theduran
April 03, 2022
Laptop from hell entered into the official Congressional Record

Laptop from hell entered into the official Congressional Record
The Duran: Episode 1252

The Duran@theduran
April 03, 2022
Lavrov visits China, partnership stronger than ever

Lavrov visits China, partnership stronger than ever
The Duran: Episode 1251

The Duran@theduran
April 02, 2022
Global hybrid war: Imran Khan lashes out at US. Elections in Serbia. Elections in Hungary. Update 2